Black Cats and Halloween - What's the big deal?  Should we be concerned for their safety around Halloween, or are the myths surrounding them just that? 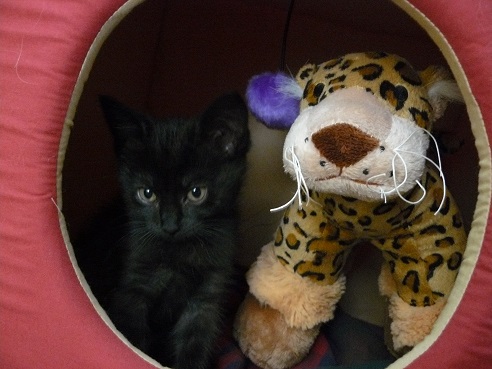 My daughter's cat "Whiskey" as a Kitten in her little house with her stuffed toy.

"Whiskey", my daughter's cat all grown up!  Since she is an inside/outside cat, we always make sure she has her collar with name tag on it, as well as my daughter's phone number.  We do take the extra precautions around Halloween to keep her inside, just to be on the safe side!

As Whiskey is getting older, we try to limit her time outside as much as possible. She has one of our bedrooms, that she considers her safe place away from our other two cats who don't always get along with her. We keep the window cracked a bit as she enjoys sitting outside on the large flat roof area ledge. From the roof ledge, she can walk along down to my daughter's room next door, and enter that room as well. Our other two cats are not allowed in these two rooms, so it works out well. 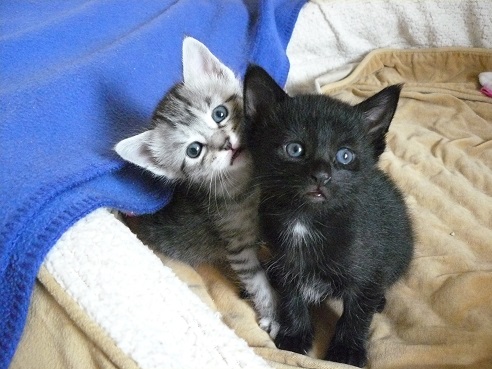 Our other black cat, Monkey, is strictly an inside cat along with her mother, Creature, so we just keep her in one of the bedrooms if we are passing out any candy. She is shown in the picture above in the front as a kitten with her sister Cassius (now named Snow Creature), behind her.  Of the 5 kittens that Creature had, four of the kittens got adopted, but no one wanted Monkey, the black kitten so I kept her, (she was shy and liked to bite/scratch) along with her Mom, Creature.

Because of all the superstitions surrounding Black Cats, it is often harder for black cats in shelters to get adopted.  They all deserve a chance at a great home too!

Above, is one of my favorite black cats and Halloween costumes found on Pinterest! 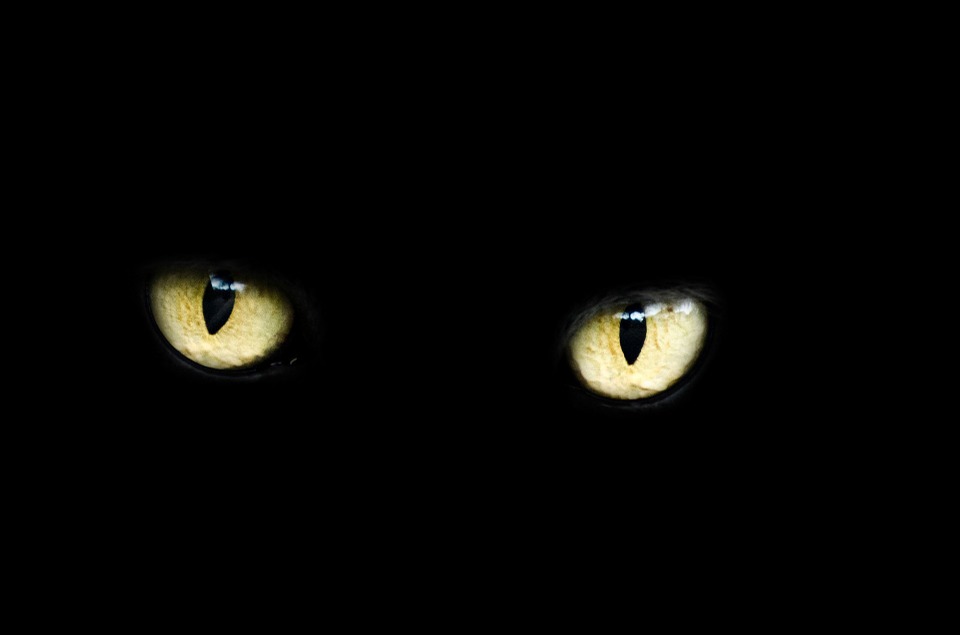 Wishing everyone and their Pets a Happy and Safe Halloween!