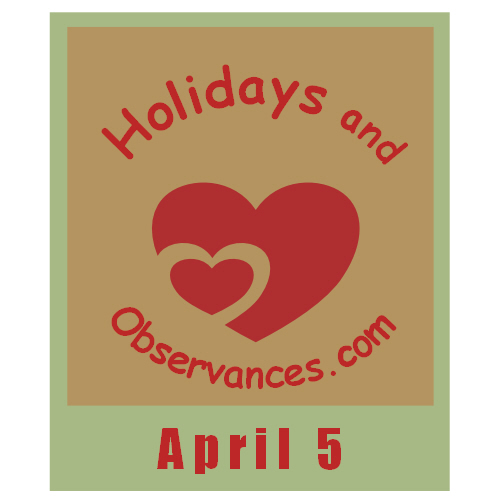 2022 Daily Holidays that fall on April 5, include:

2022 Weekly Holidays that include April 5, are:

2022 Monthly Holidays that include April 5, are:

Colin Powell, was born on this day in 1937. He is a retired four-star General in the United States Army and a politician. He was the 65th United States Secretary of State from 2001 to 2005, serving under President George W. Bush.

Food terminology is a must when you are purchasing food to be an effective, healthy shopper! There are some standard food terms that are helpful to understand.  Certified Naturally Grown, Certified Organic, Food Alliance Certified and Salmon Safe will be discussed on Kerry's Healthy Diet Habits website. (link above goes to her site)

1. The quality of the embodiment of reptile characteristics.

Return from April 5 to April Holidays

Return from April 5 to Holidays and Observances Home Page