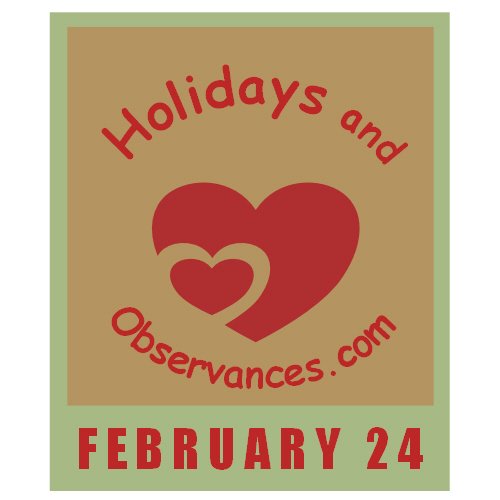 2023 Daily Holidays that fall on February 24, include:

2023 Weekly Holidays that include February 24, are:

2023 Monthly Holidays that include February 24, are:

Don Knotts (left), who passed away on this day in 2006, was just one of those people to me, that didn't even have to open his mouth to be funny. His face was so expressive!  I especially loved him partnered in the films he did with Don Knotts, like The Private Eyes, and The Apple Dumpling Gang. 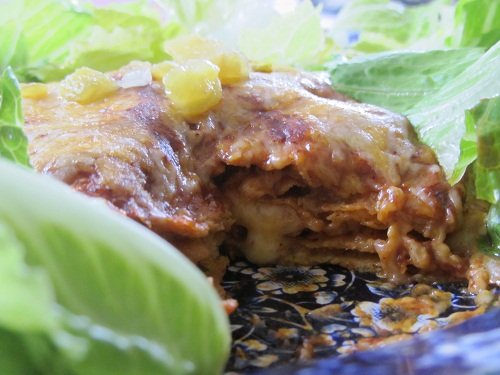 The Holidays and Observances Recipe of the Day for February 24, is a Stacked Enchilada Recipe from Kerry, of Healthy Diet Habits. National Tortilla Chip Day is on February 24, and this recipe gives instructions for baking your own tortillas in the oven.  With the stacked enchilada's, you'll want your tortilla's soft, but you can put another batch in the oven and leave them in a little longer, until they are harder and then break them up and use as tortilla chips. (without all the additives and chemicals that come in store bought tortilla chips!)


Eric Clapton was always one of my favorites.  I actually like the unplugged version of Layla (above) better than the original.

1. To treat rubber with heat and (usually) sulphur to harden it and make it more durable.

Return from February 24 to February Holidays

Return from February 24 to Holidays and Observances Home Page