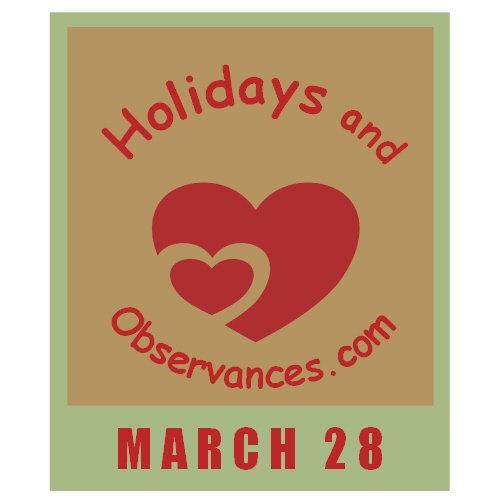 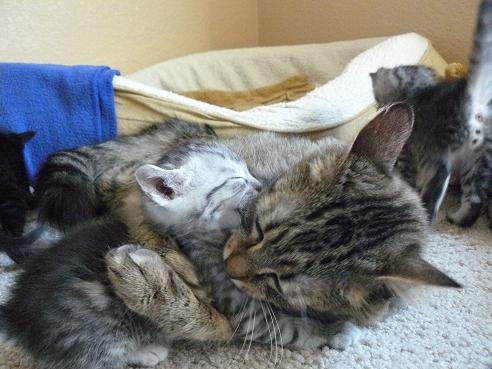 March 28, is Respect Your Cat Day.  I've always been a Dog Lover, but one of my daughter's Cat's ended up at my house to have her kittens.  This particular cat, Creature, had had issues with getting along with my daughter's Dog and other Cat.  I had never spent any time with her, and Brie waited until she was in Labor before bringing Creature to my house, so we didn't get a warming up period together.  Creature immediately accepted me, and allowed me to help her with her babies. I was amazed at how great a Mother she was, and this was one of my favorite pictures that I took of her giving love to one of her kittens, named "Snow Creature". 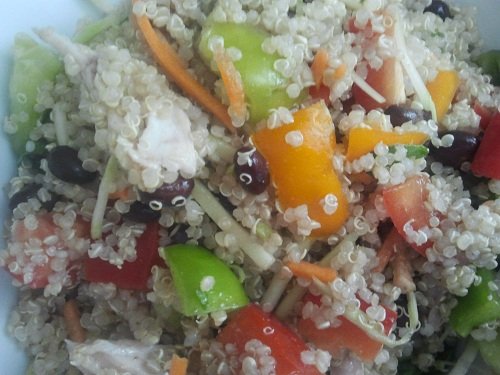 March is National Nutrition Month.  The Holidays and Observances Healthy Diet Habit Tip of the Day for March 28, is a High Fiber Food Chart, by Kerry, of Healthy Diet Habits.  High fiber food will help you to keep your hunger and cravings under control.


Phil Collins left Genesis in 1996, and went on to have great success as a solo artist.  I still love some of the old Genesis songs, like I Can't Dance!

1. The “tears of things”; the inherent tragedy of existence

Return from March 28 to March Holidays

Return from March 28 to Holidays and Observances Home Page