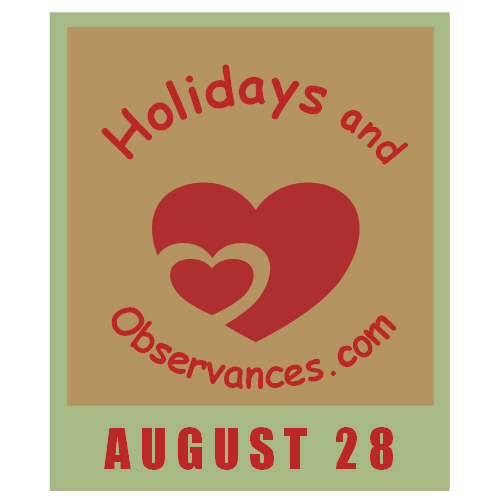 2022 Monthly Holidays that include August 28, are:

Mindless Margin....or How Did I get so Overweight????

The Mindless Margin, is the margin or zone, in which we can either slightly overeat, or slightly under eat, without being aware of it.  Most of us can trim, or add to our food intake by 20% without noticing it, either way.

This is the key to losing or gaining weight. It is also the reason why diets are not needed.  Great healthy diet habits, can keep you in the lower end of the mindless margin.  You do not need to change your entire life and starve yourself.

Find out more about the Mindless Margin, from Kerry at Healthy Diet Habits. (link goes to her website)

I had never heard the Oasis song, The Importance of Being Idle until I was doing this page, but I like it!  I really like their song Champagne SuperNova (above)!

Battle of the Sexes (noun)

1. (game theory) A situation in which two people want to do different things, but do them together.

Return from August 28 to August Holidays

Return from August 28 to Holidays and Observances Home Page