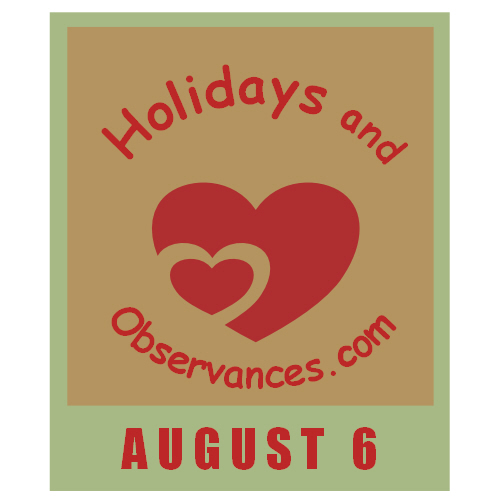 2022 Daily Holidays that fall on August 6, include:

2022 Weekly Holidays that include August 6, are:

2022 Monthly Holidays that include August 6, are:

Main Dish Recipes should be the staple of your eating experience.  Your main goal should be to increase vegetables in your diet, and include them in many of your go to recipes in new ways! Sneak them in stealthily for your picky eaters, or add them in chunks!

1. (historical) A period of four years, by which the ancient Greeks reckoned time, being the interval from one celebration of the Olympic games to another, beginning with the victory of Corbus in the foot race, which took place in the year 776 b.c.; as, the era of the olympiads.
2. An occurrence of the Olympic games.

Return from August 6 to August Holidays

Return from August 6 to Holidays and Observances Home Page