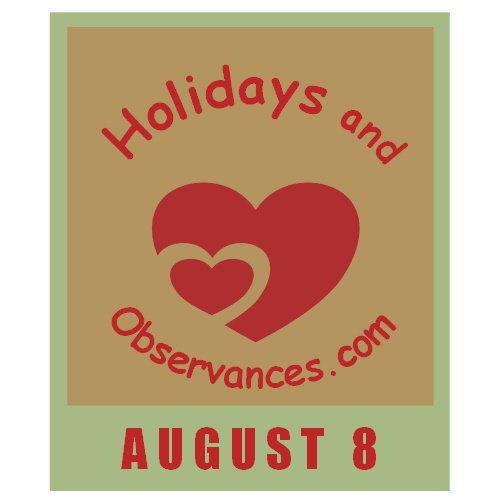 2022 Daily Holidays that fall on August 8, include:

2022 Weekly Holidays that include August 8, are:

2022 Monthly Holidays that include August 8, are:

Bob Smith, was an American physician and surgeon who co-founded Alcoholics Anonymous. He was born on August 8, in 1879. Their 12 step program has helped many people over the years. 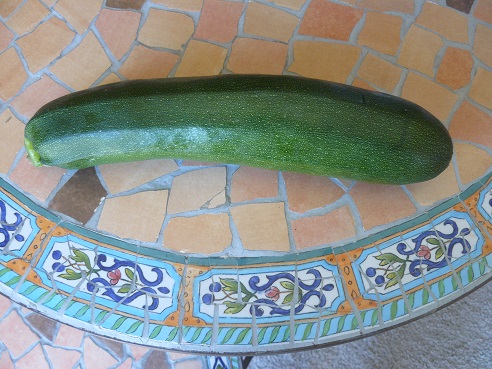 Today, August 8th is National Zucchini Day AND Sneak Some Zucchini Onto Your Neighbor's Porch Night!

Above, is a 14" Zucchini that I got from my garden this year.  I had missed seeing it on one of my Zucchini plants, and it got much bigger than the rest of them! I gave half of it to my son and his wife, and I made some Zucchini chips on the grill with part of the half I kept.  They were great, but next time, I'll cut them a little thicker. I grated the rest of it, and froze it in 1 cup increments that can be taken out and added to soups, and spaghetti sauces etc as I need it.

It is super easy to grow your own food! I bought Organic Plants for $2.50 each at Whole Foods and they have already saved me so much money! Plus, there is nothing better than picking veggies and using them the same day for your meal!

Here are a few of Kerry's Recipes that use Zucchini: (links go to her Healthy Diet Habits Website:

1. A lightweight object that is conical in shape with a cork or rubber-covered nose, used in badminton as a ball is used in other racquet games; a birdie.

Return from August 8 to August Holidays

Return from August 8 to Holidays and Observances Home Page